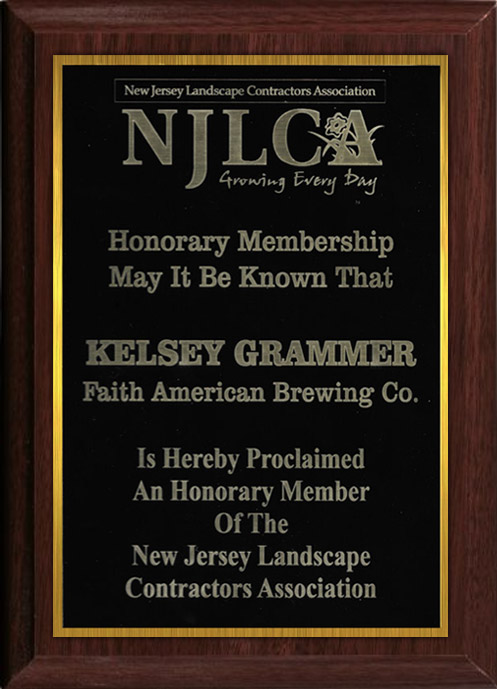 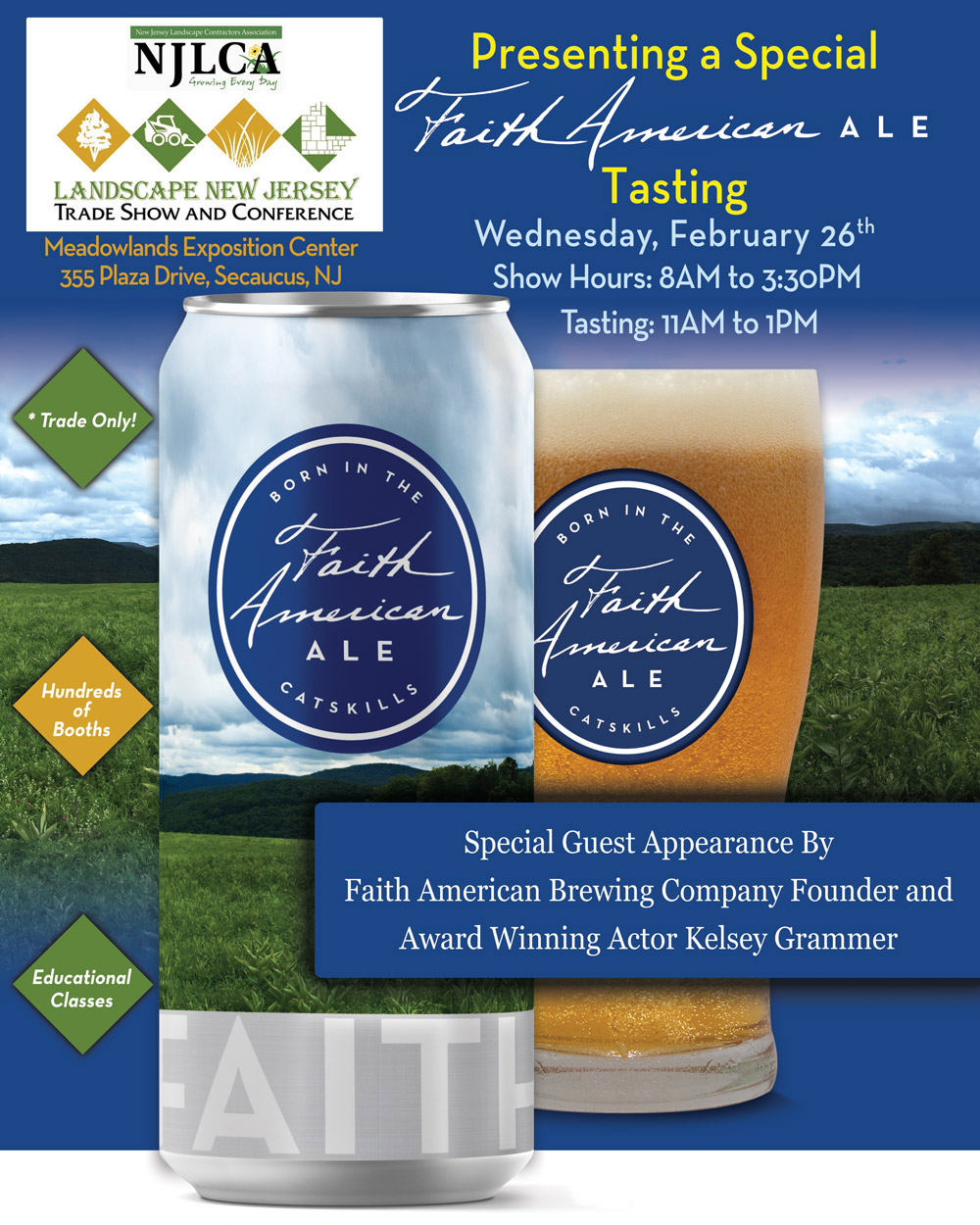 An overwhelming crowd of more than 1,750 landscape contractors, horticulturist, greenhouse growers, garden center owners and members of the floriculture industry packed the Meadowlands Exposition Center’s 61,000-square-foot floor on Wednesday, February 26, for the New Jersey Landscape Contractors Association’s (NJLCA) 43rd Annual trade show and conference, “Landscape New Jersey 2020.” Each year, the NJLCA selects a theme for their show. For 2020, the theme was Hollywood and they didn’t disappoint.

Faith American Brewing Company, LLC founder Kelsey Grammer was graciously hosted by the NJLCA. Mr. Grammer, who was the star of the show, greeted hundreds of his Faith American enthusiasts and shared samples of his company’s Faith American Ale, courtesy of the NJLCA, on the trade show floor. The tasting was held in the combined Bobcat of North Jersey and Storr Tractor Company show booths.

Kelsey Grammer and his Faith American Brewing Company received an Honorary Membership to the New Jersey Landscape Contractors Association (NJLCA), during the show.

The New Jersey Landscape Contractors Association is managed by a volunteer board made up of an Executive Board, Board of Directors and an Advisory Board, which is comprised of horticulturists, landscape contractors, educators and vendors.

Attendees included business owners, employees, high school students, trade school students and members of the Future Farmers of America (FFA). They networked with peers and discussed the state of the industry. All were provided the opportunity to see the latest in landscape and land equipment, the newest plant material available, emerging technologies in the industry and much more.

The New Jersey State Police were on hand to educate attendees on commercial motor carrier regulations, while New Jersey One Call discussed the importance of “Call Before You Dig.” Rutgers’ Office of Continuing Professional Education and Bergen Community college each had booths featuring their year-round educational opportunities.

New Jersey Secretary of Agriculture Douglas H. Fisher and the New Jersey State Board of Agriculture members toured the show to see the different facets of the horticulture, landscape, greenhouse, nursery and sod industries that were represented.